But Doc I Take That Medication For My Headache

Posted on: August 18th, 2014 by Dr. Rich Hirschinger No Comments

Fiorinal and Fioricet both contain butalbital, which is a barbiturate, and caffeine plus an analgesic. The difference between these two medications is that Fiorinal contains aspirin, and Fioricet contains acetaminophen, which is known as Tylenol.

As a point of trivia, the Rolling Stones wrote a song named, “Mother’s Little Helper,” which is about Soma. It does help but it is short lasting, so you take another pill, which then wears off. This cycle continues until you need to take yet another one for the headache that will be caused by your body wanting more of the medication. 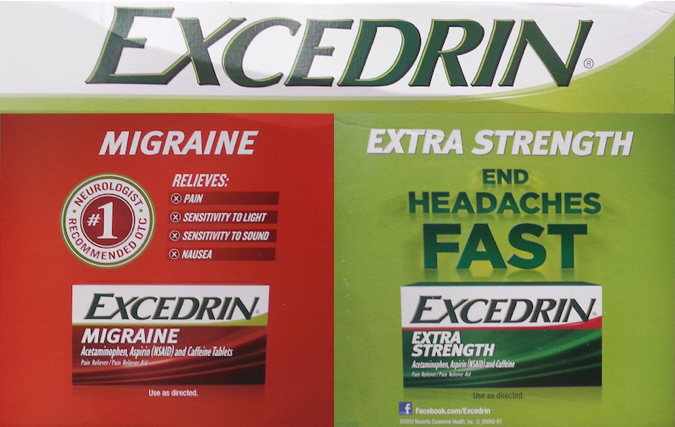 Marketing, and the color of the box, is the only difference between these two products.

Excedrin for Migraine and Extra Strength Excedrin have the same ingredients milligram for milligram. An Apology Followed by “But” is Not an Apology

Posted on: August 10th, 2014 by Dr. Rich Hirschinger No Comments

We all make mistakes. If you aren’t making mistakes you are probably not trying hard enough. If you make a mistake, and others agree it is a mistake, nothing is more rewarding than making an apology to those impacted by the mistake. However, if your apology is followed by the word “but” and a whole bunch of other words, it disqualifies the apology since you are now making excuses or qualifying the apology, which is never good. The following are three short stories of apologies offered to me this week.

As regular readers know,  I am a cyclist. Some cyclists ride their bike, and some cyclists race their bike. Personally, I am a rider and I have never competed in a bike race with the exception of the 2000 Malibu Triathlon, which I raced as a three person relay team with two friends from business school who raced the swim and run portions of the triathlon. I don’t race since it is not important for me to compete in sanctioned events to try to win trophies, medals, or money. Racing also adds an element of risk to cycling that I don’t want to take.

Road rash from a bike crash.

I was involved in my first ever bike crash that involved another cyclist this past Thursday. I was on a regular club ride on the streets that surround the Riviera Country Club. I was with a small group that had made a traffic light, and the large group stayed behind. As a result, I was ahead of most of the stronger riders in the group. Near the top of the climb, the stronger riders came quickly up on my left, which is the proper place to pass. One rider came on my right. He bumped my shoulder since there was a Corvette parked in front of us and he had to make room to pass me. He moved left, and when he did, my front wheel and his back wheel touched, and I went down. As with all crashes, everything moves in slow motion. I hit the pavement, and saw a rider behind me come over the top of me. The rider that caused the crash stopped, and tried to help me up but I needed a minute to collect myself and assess my injuries. My right elbow took the biggest hit followed by my right knee, both of which you can see, as well as my right hip and left hand. Yes, I’m left handed but my cycling glove looks worse than my hand. He then apologized for being too aggressive on a club ride and felt bad that I was injured. If I was a soccer player, I would probably still be laying on the ground slithering in pain. As a cyclist, I got back on my bike and started to ride. My front wheel was out of true but I was able to ride it, and complete the remaining 2.5 laps of the club ride but I was feeling something strange on my inner thigh. When I went down, I must have stretched the right adductor magnus, which is the inner thigh muscle. After stopping for my usual Matcha Green Tea Latte at Peet’s Coffee in Brentwood, I then rode 10 miles to get home, cleaned my wounds, stopped at the drug store to get Tegaderm patches, and then went to my office to see patients. Fortunately, my wife and daughter were out of town since they could not stand to hear the construction noises from our neighbors house, which is described below. My point is that the apology I received was very sincere, and I consider what happened an unintentional accident, and there are no hard feelings.

Earlier in the week, I watched a video that was a very public apology by Laura Weintraub, who previously made a video blog about why she hated cyclists, which ended up going viral. Her video was the reason I was interviewed by the local Los Angeles NBC News, and it was part of the subject for a previous blog of why I felt she was so wrong. I did not mention her by name in my previous post since I did not want to give her more attention. So why am I using her name now? Laura made a new video, which you can watch below.

I reached out to her on Twitter and Facebook to tell her I appreciated the new video she made, and we are now Facebook friends, and I hope to personally meet her someday. Why would I want to be friends with someone who made a video that put a bounty on drivers hitting cyclists? After watching the video above, and hearing Laura sincerely admit that her video blog about hating cyclists was a mistake, I wanted to commend her for admitting her mistake, and making a public apology. We all make mistakes but Laura’s was very public. My point is that the apology I watched in the video was very sincere, and I consider what happened a mistake, and there are no hard feelings. 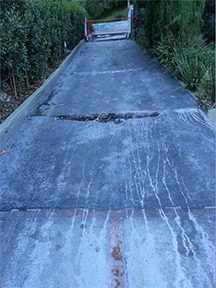 My neighbor’s driveway under construction…again.

Lastly, my neighbor was redoing his driveway for the fourth time. We share the bottom part of the driveway, and his portion is long and steep up to his house. His previous attempts to patch it failed so he was finally doing it the right way, which involved lots of jackhammering, and lots of concrete, and lots of noise. Last Sunday, he had construction workers at his house using concrete saws to cut the driveway but he skipped out of town to miss the noise. I was not home last Sunday but my daughter told the workers it was illegal to work on Sunday’s but the workers continued working anyway. I spoke with the contractor later in the week, and he said that he did not “even know what day it was since he was hospitalized over the weekend due to an infection.” I asked him if he knew it was illegal for contractors to have their workers work on Sunday in the City of Los Angeles, and he said I was wrong. I know the rules since I was President of our homeowners association for 10 years, and would get occasional calls from neighbors complaining of work being done on Sunday’s, which is why my daughter knew the rules. I got my laptop and showed him the LAPD website, which lists the allowable construction hours. After viewing the web page, he apologized but he said he would work again on a Sunday since he had texts and emails from the owner saying the construction needed to be finished ASAP, and that he does not care when he works as long as he gets paid. My point is that the apology I received was followed by a “but,” it was not sincere, and the contractor did not consider his actions a mistake since he would do it again for money.

When you make an apology, make it sincere by not adding the word “but” followed by a whole bunch of other words that the person who was wronged might not even hear since you qualified your apology. “I’m sorry” by itself is much more powerful and much more sincere. I know I’m going to make more mistakes in my life, and if I wrong you, I hope you will only hear “I’m sorry” without anything else! That’s my opinion and I welcome any comments.