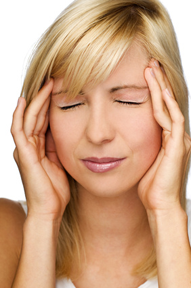 What is a headache?

A headache is an ache or pain occurring anywhere in the face, neck or head. Headache pain is experienced through pain-sensitive structures around the head and neck including blood vessels, nerves, muscles and tissues including the eyes, ears and sinuses. Headaches can range across the intensity spectrum from mild, tolerable pain to severe pain that prohibits daily activities. Headaches are one of the most commonly experienced causes of pain. They can be occasional, recurrent or chronic in frequency.

There are four possible phases of a migraine, and all are not necessarily experienced. The first phase, called the prodrome, may occur hours or days before the migraine, and consists of an altered mood excessively sleepiness, stiff muscles and other symptoms. The second phase, called an aura, which may immediately precede the attack, occurs in 20 to 30 percent of migraine sufferers. An aura can be motor or sensory, including a disturbance of vision such as flashes of light or zigzag lines, or a feeling of pins and needles in the hand, arm, face and mouth. The third phase of a migraine is the pain or headache phase. The pain may occur on one side of the head or both and usually lasts from 4 hours to 3 days. The final phase of a migraine, a postdrome, may occur for some patients. It may include a sore feeling where the migraine pain was accompanied by feelings of tiredness, weakness and cognitive difficulties. Six percent of men and 18 percent of women are estimated to experience a migraine headache in their lifetime.

This rare primary headache type only effects 0.1% of the population, most commonly men in their late 20's. The piercing pain is felt in the eye region, typically on only one side of the face without changing sides. A cluster headache usually lasts between 30 and 90 minutes, but can occur for up to three hours. They are often recurrent, happening regularly at the same time of day or night. Many people who suffer from cluster headaches report between one to three headaches per day during a period.

If you suffer from frequent headaches, finding out the type of headache causing the majority of symptoms is a critical part of treating the underlying causes of the pain. Learn about the major causes, symptoms and treatments for various headache types here, and consult Dr. Hirschinger before starting a treatment plan. 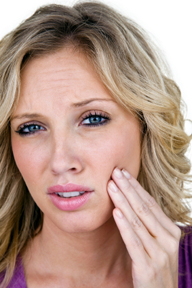 What is Myofascial Pain?

Chronic myofascial pain (CMP) is a chronic pain disease characterized by trigger points in the musculature causing pain in distinct areas of the body. Pain symptoms of CMP can be severe and debilitating. While much of the underlying mechanics of myofascial pain is not clearly understood, research suggests that symptoms are derived from the existence of trigger points within muscles, which are activated by injury or repetitive strain to muscles. It is generally understood that while one trigger point may be responsible for an experience of myofascial pain, it is more commonly a network of several trigger points that contribute to pain in a given region.

Chronic myofascial pain symptoms can be mistaken for a large number of other disorders, so a thorough physical examination is required for proper diagnosis of this largely not understood disease.

Chronic myofascial pain is a complex but manageable disease. Professional attention can help narrow down the causes of chronic pain and make a positive diagnosis of CMP based on physical examination and additional procedures to rule out alternative sources of a patient's pain symptoms. Several treatment options, including physical therapy, oral appliances, and medications, can be leveraged as part of a comprehensive management plan.

The jaw movement animation was developed by a medical illustrator under the guidance of Dr. Hirschinger. 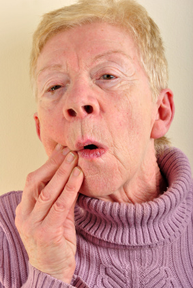